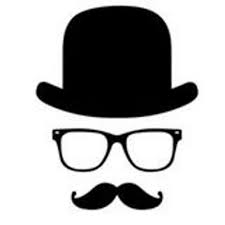 There have been people in my life who have caused me a great deal of grief, but Eliot Wagman would have to rate at the top of the list.

Ever since we launched Christoval Enterprises five years ago, Wagman has been a thorn in my side with his persnickety personality and his constant criticism of our general operations.

As founder and C.E.O. of Christoval Enterprises which specializes in making technology accessible to companies requiring assistance by bringing their operations into the Twenty-First Century, Eliot Wagman has been a constant irritant to me with his nagging.

“Oh Marc, you can’t do that.” He would say as we worked out a customer response system.

“Because you are not taking into account their needs.” He would shrug as if I was the only man in the room who did not “get it.”
“I disagree.” I would put my hands on my hips.

“Have it your way.” He would wave his hand, a gesture he knew would infuriate me even more.

The real kick in the head would come when time would prove him right.

If ever there was a justifiable homicide, Eliot Wagman was it.

He would go to a restaurant and leave a one star rating even after I left a sizable tip for the splendid service.
“Why did you do that?” I would get red in the face as we walked to my car.

“Dreadful service.  Lousy food.  My God, small wonder they are still in business.” He would answer as he climbed into the passenger’s seat of my Audi. “Have you had the main liquids checked in this car?”

“Yes.” I would turn the word into a multi-syllable word.

“It seems to ride a little rough.  After all this is an Audi.” He would shake his head.


We had been friends since middle school, but his constant criticism had not been an issue until we went into business together.  He had been divorced without children and after talking to Doris, his ex-wife, I began to understand some of Eliot’s quirks, as she called them.

To me these quirks were a pain in the ass.

“Marc, you of all people should have known what a jerk he is.” She laughed.

“You could have him bumped off.” She sighed, “I have an uncle who knows some people.”

“But if it ever does, let me know.” She laughed and went inside her apartment.

I was not dating her, because it would cloud my business relationship with Eliot, but she was sweet and had a great sense of humor.
​
Bump off Eliot.  What a hoot.

I also knew Gladys, Eliot’s mother.  She worked as a cleaning woman in one of the biggest office buildings in the city.
“The day he left for college, I cried tears of joy.” She confessed to me one day when I dropped off some proofs for Eliot to look over. “He comes over for dinner, like he is tonight, and I can’t wait for him to go home.  I feel bad.  He is my son after all, but he’s so judgmental about everything.  He should have been a critic.  He’d be a good one, I tell you.  His father, God rest his soul, was just like him.  I tell you Marc, the apple don’t fall far from the tree.”

“I am so sorry.” I handed her the documents.

“Whadda gonna do? God is having a good laugh at my expense.” She put the documents on her dining room table.
“At my expense, too.” I tipped my head as if I had a hat on it as I left.


“Mr. Christoval, we has to do sum-ting about Mr. Wagman.” Dave Voss said one afternoon.

“What do you mean?” I was startled since Dave was one of the most easy-going, level-headed project manager I had in the company.

“We had a meeting this morning…” He rolled his eyes as if he was looking up there for the exact words he wanted to say, “He is a pain in the hind-side.”

“What should we do?” I asked, hoping for a good idea.

“Can’t we give him the heave-ho?” Dave let out such a deep sigh, I thought all the oxygen would vacate the room.
“He’s under contract.” I explained.

“I have a lawyer friend.  I’m sure there must be some legal loop-hole.” Dave shrugged and sat down. “Everyone agrees, you know.”
Now it was my turn to sigh heavily.

“Without him, I would have never had the capital to get this company off the ground.” I explained.

“So you kinda own him, eh?” Dave bowed his head to look me in the eye. I could not avoid his sad sparkling blue eyes that seemed to bore into my soul, “Marc, I had a brother-in-law who was a pain in the keister.”

“Changed my address and got a new cell phone.” He laughed.

“I wish this was that easy.” I could not help but smile.


It is said that Yankee fans are some of the most critical people in the world.  If they are having an off-year, the whole Bronx trembles with anger.  Eliot didn’t have a clue who the Bronx Bombers were, but he was like so many of the fans I encountered when I went to a home game.  The pitcher was a bum.  The catcher was a bum.  None of the guys could hit.  The whole team was nothing, but scrubs.

The truth of the matter, critics come from every walk of life and few of them are actually invited.  While Yankee fans are the epitome of what I would call critics, the fact remains, all humans have some degree of criticism in them.

When I worked on the newspaper, I got to know the movie critic and while he was no Roger Ebert, he had a way with words and understood the difference between a good film and a lousy one.  His name was Benny Shapiro and he loved bagels with cream cheese and locks so his office always smelled of fish, but he one time told me something I will never forget, “Marc, the only difference between me and a bleacher bum, is I get paid to be a paid in the ass.”

It was like a lightbulb went off in my head.

I was dozing off watching Wheel of Fortune when the phone startled me from my cozy place. It was Eliot.

“Hey there Marc.” His voice was chipper.

“Eliot.” I tried to sound awake.

“I have read over the proposal.” He hesitated.

An hour later, I hung up with my head spinning.
​

Murder had never crossed my mind before, but with each contact with him, I began to fantasize about how I would do the dirty deed once I had my chance.  I found myself researching different murders over the internet and then destroying the search history, just in case.
There were a couple of interesting cases I found that turned out to be mob hits, but the modus operandi intrigued me.  Truthfully, I knew I would never be capable of doing the deed, but it seemed there was no shortage of professionals looking for work on the dark web.
“You gotta be careful.” My brother Steve told me at a family gathering. “I’ve heard some really scary stuff happening on the dark web.”
“Have you met Eliot?” I asked.
“Sure, sure when you graduated from high school, I met him at your kegger..” Steve smiled.
“What did you think of him?” I asked, peeking over at dad who seemed to be hovering.  The kegger was still a legend among my siblings, but dad never knew to this day why the picnic table was at the bottom of the pool.
“I dunno.” He shrugged with that smirk still on his face, “Persnickety comes to mind.”
“Yeah, that’s the word.” I snapped my fingers.
“Does he have any friends?” Steve tilted his head.
“Not that I know of.”
“You really picked a winner for a business partner.” Steve laughed.

The next morning, Eliot was first to the office, just like he had been everyday of his life.  He had a cup of coffee and he was reviewing some contract which he had attacked with his red pen, but for some reason, I was glad to see him there.  Some of the other guys were a bit surprised, but if the truth be told, I was glad to see him right where he belonged.  Persnickety or not, Eliot was a sight for sore eyes.  Red pen in hand, he proceeded to tell me how he had fixed the Meyers account that was filled with the usual mistakes.