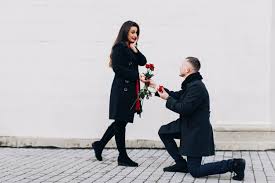 This was the latest story accepted by Reedsy.  I personally did not think it was one of my best efforts, but it does convey a message about the power we put on love.  There are times when our dreams are sometimes better than the reality we live in, but sometimes not.  You be the judge on this story...


Power of Love Times Five
​
Tonya DeGrasse did not have a healthy self-image as she was always noticing little things about herself that she considered unappealing, such as a lazy left eye, a bulge here or a sag there, her teeth were not as white as everyone else or her fingers were too stubby.  What was evident was that she was in her second year of college and as of, yet she had never had a serious relationship with someone else.  She even attended a lesbian meeting but found that she was not attracted to other women even though the speakers made some good points, Tonya was just not interested.  But then she was not really interested in the opposite sex either for tha tmatter and from her observations the feeling was mutual.  As the holidays approached, she began to get that old feeling in her gut, the one that started in junior high when all her friends were hanging out and having sex while she was stuck at home constantly thinking about it.  What did it feel like?  It was supposed to be wonderful, but how would she ever find out?
“Still not getting any?” Clairise would ask during lunch in the cafeteria.
“Hussssh.” She would shush her friend.
“Princess, we got to get you some.” She would say with a straight face. Clairise, like Tonya, had limited experience with those of the opposit sex, but she also had an attitude that scared them away. Her lack of action was by choice or at least Tonya thought so. “Patula has herself a hunky co-ed.”
“She does?” Tonya perked up a bit.
“Yeah, but he’s got himself four other girlfriends he’s seeing on the side that she don’t know about.” Clairise leaned in so no one else would hear. “And Wanda is researching love potions again.  She wants to drop some into Lane’s Monster.”
“You think he’d start catching on.” Tonya looked at them sitting together and wondered if Wanda had done it.  Lane was always drinking those instant energy drinks that tasted bad to begin with.  Lane was a tall dorky kid who kept trying out for the basketball team due to his size, but he did not have the athletic ability to make the team.  Still Wanda, a round girl of average height was trying to use magic because her mother was a professional psychic who spent her life studying the zodiac and other magical tricks, she would use to extoll money from her customers.  Lane had no clue what was going on as he was the perfect foil in most cases.
So there they were Tonya, Clairise, Patula, and Wanda seeking the joys of what none of them had experienced even though Clairise carried on like she did, the sad fact was none of the five of them had experienced the joys of intimacy.  While maturity had a lot to do with their lack of success, none of them was willing to give up what they needed to give up achieving that intimacy they sought.

Tonya went back to the dormitory where some of the girls were talking about who they would be sneaking off with before the holidays.  The place was abuzz with excitement as the first-floor bathroom was filled with girls combing their hair and setting off a noxious amount of hairspray since this was the Big Holiday Bash Dance.  Tonya had no interest in going knowing that she’d be alone if she went so she went back to her empty room where she could hear the electrified commotion.  Suddenly Latricia came in wearing a very stylish dress and her hair combed out and braided behind her back smelling of lilac. She applied even more perfume that made Tonya’s head swoon and said, “Aren’t you going to get ready, girl?”
“I’m not going.” She sighed.
“The heck you say.” She looked honestly astounded that her roommate had made such a choice.
“I don’t have anyone.” She pretended to be reading her Biology textbook.
“Hey, I’ve got some boys who’d be looking.” She gave Tonya a look of derision, but Tonya flipped a page. “It’s up to you.”
And then she was gone leaving Tonya alone in the room.  In a few minutes, the entire first floor of the dormitory was silent. All of the anticipation had moved onto the auditorium for the Big Bash leaving Tonya in its wake. The tears were big, and the sobs came from a deep part of her.
Unable to stand the silence, Tonya wandered out into the commons.  It had begun to snow, but it wasn’t quite sticking, not yet.  In the middle of the commons was the statue of an angel bent at a funny angle with a stone expression of sorrow.  She sat on the pedestal of the statue despite the fact the stone was wet from the snow.
“I wish I had someone.  Someone who belonged to me.” She felt tears rolling down her round cheeks. “What is wrong with me?  What is it that makes me the ugly duckling?  I wish I were beautiful.”
They say magic is not real.  But there was something about that angel, stone she may be, that brought about a certain celestial condition where stars aligned, and miracles would mix in with the snowflakes that were falling upon her.

She could hardly wait to go back to school after the break.  When she opened the door to her room, she saw an envelope.  Removing the card there was a note asking her out for a pizza on the college strip from some guy named Daryl who claimed to have been watching her with interest. He left his cell phone number and when she text him, he agreed to going out with her that evening.  They were both big fans of John Green and when the time was right so was the moment, she had been waiting for all her life.  He was gentle and made sure she was comfortable with what they were doing, and it turned out to be so much more than she had ever hoped it would be.
She was glad, even though it was just a dream, she did not agree to marry any of the five guys.  Even though the stars can be a powerful force, love is by far much more powerful than magic can ever be, otherwise writers would not be wasting their time writing