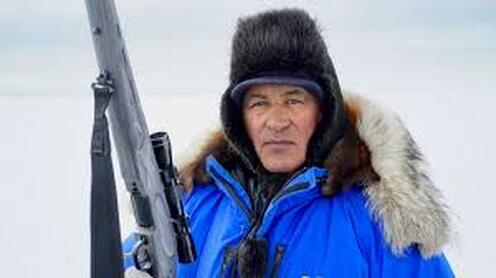 As I was walking through campus at University of Alaska Anchorage, I heard A Inuit professor speaking to A small gathering.  His words enlightened me in A way I was not expecting.  Seeking my degree in secondary education, I felt A strong kinship with the methods being used in the classroom until I heard what he had to say.

"Standardized tests have traditionally excluded my people." He opened his impromptu lecture. "On these tests, it will have A question about A sofa as an example.  My people do not have any reference to that word.  Does that make them unintelligent and unfit for higher learning? I am living proof that this is not the case, because I have earned my doctorate at this university."

He paused and glanced at each person gathered around him to hear him speak.   His dark eyes sparkled, illuminating his words as he continued, "We have no use for such words and yet in order to prove we are worthy to attend this university or any other university, we must prove that we know what A sofa is."

Again he paused to check to make sure we were still with him.  He put his hands behind his back as if he was delivering A lecture in his Native Studies class.

"Most people from my village above the Arctic Circle do not have A sofa in their homes.  We are too far from the world where sofas are important. To my people, do you know what is important to them?"

His voice softened as to bring us closer so we could hear him reveal what was important to his people, "While sitting in your kayak with your loaded rifle, you must count three times when A seal submerged himself underwater. The third time the seal surfaces, that is when you pull the trigger."
Again he paused as he scanned all our white faces, knowing none of us had ever been in A kayak on the Beaufort Sea hunting seal for dinner. Knowing this, he smiled and asked, "Do any of you know why?"

He looked around, still smiling, because he knew not A single one of us knew the answer.  I didn't.  The tables had turned on us as in all of our learned knowledge, none of us knew A basic survival skill known by an entire village of people who did not know what A sofa was. The solid ground of standardized testing had become liquid under our feet and none of us had A kayak to float in.

"I will tell you.  You knew I was going to." His smile widened as he paced, "The seal is A mammal who must breathe air.  He can only stay submerged for so long, so you must be patient.  If you shoot after his first time, you will kill him, but he will sink to the ocean floor, because his lungs are not yet filled. The second time, he may not sink all the way, but he will not stay on the surface where you can get him in your kayak.  Remember the water is cold and lethal if you get in the water. But when he comes up A third time, his lungs are full and he will float on the surface when you shoot him."

He pauses again, still smiling.  He has made his point with me.  His story has shown me that intelligence is liquid that refuses to be measured in A conventional way. What I considered important was useless information to people living in A village above the Arctic Circle where the sun sets in late November and rises the following February.

In many villages up north, seal was A life sustaining food.  Hunters would collect the seal as it floated and butcher it right there on an ice floe.  Many times the hunter would eat the heart raw as A way to honor the spirit of the animal, giving thanks to the seal for providing his family with nourishment on these frigid days of the long night of winter. Like all native people who still honor the tradition of their ancestors, the hunter and his family will use all of the seal, nothing will go to waste and some will be shared with members of the village who are in need.

He ended his quasi lecture with these parting words, " So you see, my people are very wise in the ways of their world and we teach our children our ways so they too can survive the harsh conditions of the north where many of you might not be so fortunate."

By the time the small gathering began their applause, he had disappeared in his office.

I was grateful I had taken the time to listen to his wise words.  Far too often, I am overcome with the pressures to get things done.  Our whole lives are ruled by deadlines and commitments.  I was late for my next class, but I felt I had learned more listening to him than rushing to class for A review of information I already knew.
​
In his wise words, I developed an appreciation of students who have been in my class who have brought their traditions and cultures with them. I have learned to celebrate diversity which has made me A better teacher as well as A better human being.